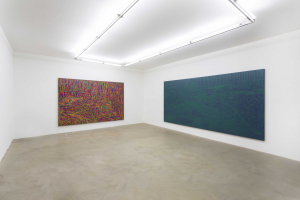 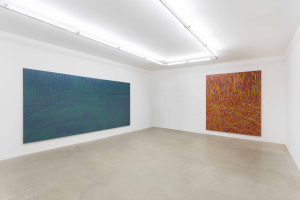 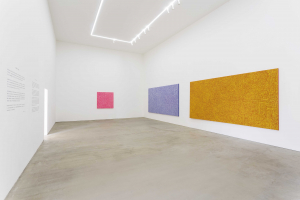 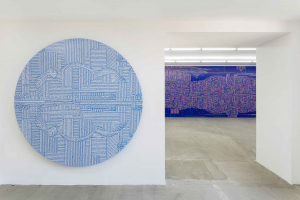 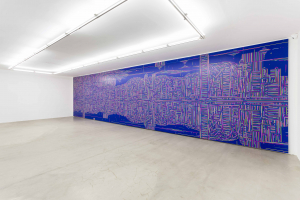 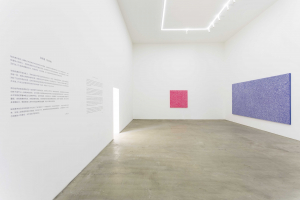 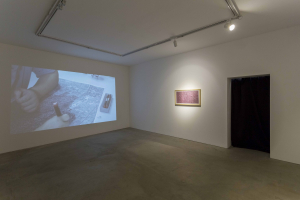 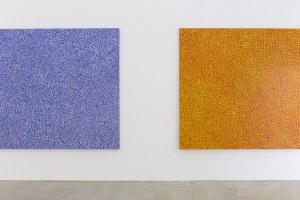 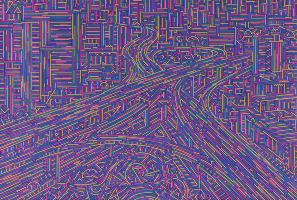 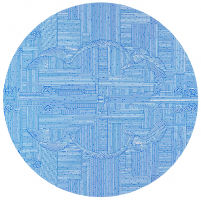 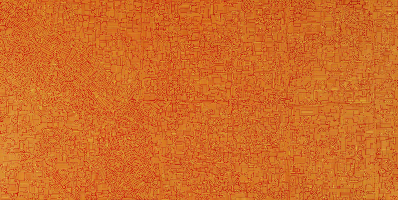 Lu Xinjian’s career began to garner public attention with his City DNA series, followed by City Stream and Reflections, which are all enriched by simplified symbolic patterns to represent the layouts and blueprints that are characteristic of cities around the world. His works omit the use of background, shadows and tint colors, opting instead for solid colors, lines and structured compositions to interpret his new underlying vision and outlook on the city structures under the advent of globalization and homogenization of societies. Infinite Lines will thereby present the newest works that are most representative from Lu’s three series.

Deeply influenced by Piet Mondrian’s neoplasticism (also known as De Stijl), Lu draws from abstract form of lines to depict the modern metropolises by reducing their complexities to meticulous geometric shapes and sharp color blocks, resulting in an orderly maze-like configuration. The formulation of City DNA begins with using Google Earth views to obtain the satellite images of selected cities. Subsequently, through the using lines and emblematic symbols to overlook the cityscape, flattening the trees and road signs spanning horizontally across roads into abstract forms, Lu constructs a unique emblematic aesthetic pertaining to each city allowing the viewers to examine their once-familiarized cities from a different perspective. In the recent years, as Lu Xinjian continues to explore and to experiment with new creative trajectories and themes, he produced City Stream and Reflections series, which are seen as extensions from City DNA. Whereas the former series overlooks the density of the city standing from the ground, the latter portrays the tranquility essence of the city from water reflection.

Our visceral responses viewing the abstract forms of this painting suggest that the lines, shapes and colors have a principal role for the overall composition of the image. Yet, each painting possesses a rich and distinct substance that covers a mosaic of cultural, historical, political and economical aspect of the respective cities. Lu presents a sense of cosmopolitanism, amalgamating the characteristics from different cultures and nations, presenting an overall harmonious view that expresses the artist’s reflections and sentiments towards cultural activities within these human sites.