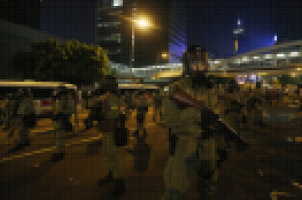 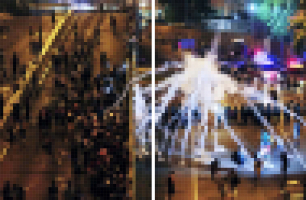 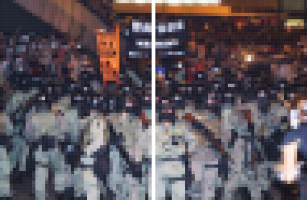 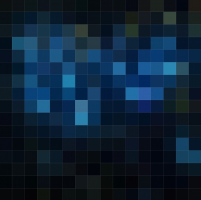 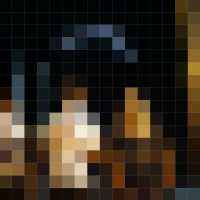 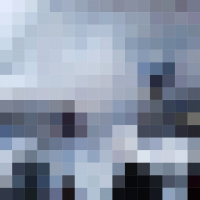 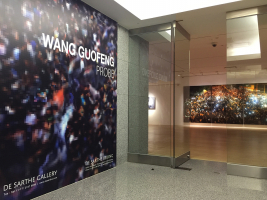 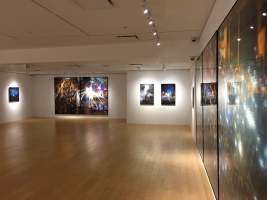 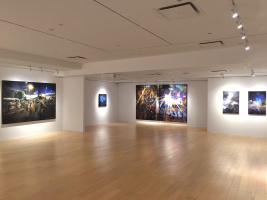 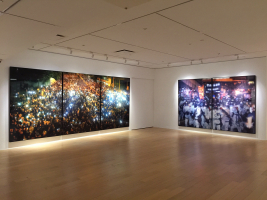 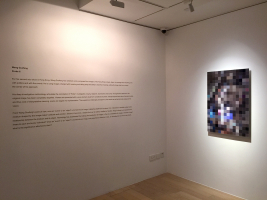 Following Wang Guofeng’s intervention in the gallery space in Beijing, de Sarthe Gallery in Hong Kong is pleased to present a selection of his conceptual image works from November 28, 2015 to January 9, 2016. As illustrated in Beijing, where the subject of the gallery space is entirely covered with the recomposed image of the landscape outside of it, the artist focuses on the creation of the image and its relationship to space.

Unlike in his previous series, the works from the Pixelated series exhibited in Hong Kong require a labor-intensive process in the treatment of the image itself. In previous series, the staging was prepared at length, from its selection to achieving the perfect instant of the shot. The image was left intact; emphasis was on the visual impact of the subject rendered in a crisp color saturated scene; the message came from the subject and its rendering.

In his new series, titled Pixelated, Wang Guofeng researches the web for images ‘covering’ a topic. The images already exist and the artist selects them and re-arranges them, using computer software to collage them and create a completely new image, which subject is not the point anymore. Instead of using an image to convey a message, Wang Guofeng manipulates the image itself. Through this process of re-composition, or rather re-encoding, the artist brings attention to the nature and structure of the image, not to the message it conveys.

For his second solo show in Hong Kong, Wang Guofeng has selected works composed from images of the Hong Kong protests. His message has everything to do with politics and with the events. He is using images charged with meaning and taking away the ability to read that meaning, putting the image itself as a concept the center of his approach. His deep investigative methodology articulates the connotation of “Probe”: investigation, inquiry, research, examination and survey. The significance attached to the original image has been completely dispelled. Viewers are presented with a pure abstract visual form constituted of pixels, enlarged beyond their nature. Normally invisible and thus void of interpretative meaning, pixels are staged into representation. The experience challenges perception by the senses as well as the brain analysis of the vision.

For more information on Wang Guofeng and his other exhibitions, please click here.