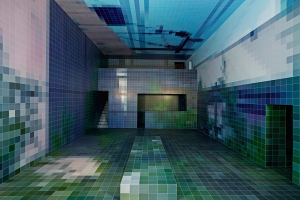 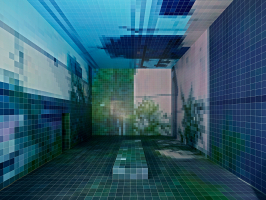 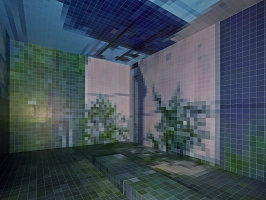 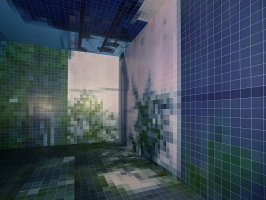 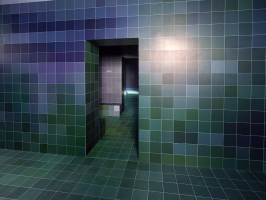 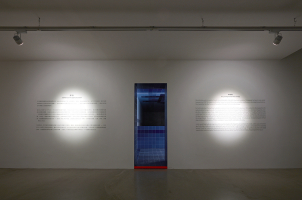 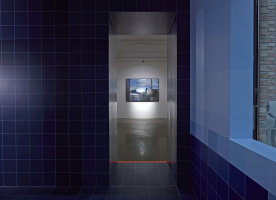 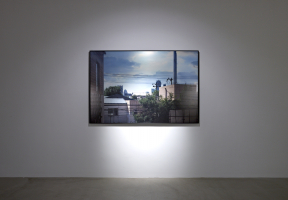 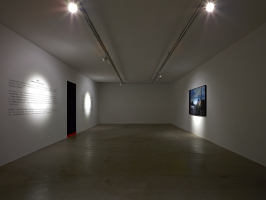 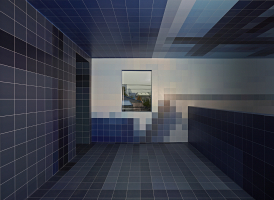 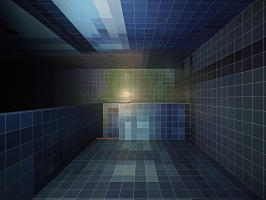 de Sarthe Gallery is pleased to present the first ever solo exhibition of Wang Guofeng in Beijing, entitled Probe. Wang has worked in a variety of media, from photography, video, drawing and installation. Photography has been his main artistic language since 2006. The imagery resulting from his practice mainly follows two orientations: one focuses on photographing the symbolic political spectacles; the other focuses on the creation of the image from a conceptual stance.

In his previous series, Wang Guofeng uses large-scale panorama color photographs to present the symbolic massive political architecture and spectacle in the former Communist Block, illustrating the cultural heritage of the 20th century International Communist Movement and its mainstream ideology. Through picturing landmarks of the regime, he stages them as icons, illustrating the imagery created by the “Collective Unconsciousness” the totalitarian social system shaped. This direction is notably illustrated in the series “Ideality” and “Utopia”. The preparation time is devoted to capturing the subject in the most telling staging, which can require days, sometimes months, for the composition to take the shape of the image he wants to achieve. To deepen his artistic research on this theme, he has visited North Korea five times since 2011, investigating, documenting and creating works inside the only country still ruled by a sealed socialist regime. He uses photography and video installation to decode and interpret the social political spectacles in North Korea by giving it multi-dimensional perspectives.

In Wang Guofeng’s conceptual image series, he investigates the concept of “image”. The preparation process is almost opposite; the staging is created through existing visual materials that are re-arranged. It is the result of a painstaking process: collecting fragments of images, selecting and manipulating the materials to incorporate the fragments into his conceptual framework, using computer software to edit, collage and compose the final artwork. In his “News”, “Memory” and “Pixelated” series, Wang Guofeng reconstructs and diverts a new imagery by deconstructing and re-encoding the original images, creating a new visual vocabulary.

For his first solo show in Beijing, Wang Guofeng has completely broken himself free from his previous art form and practice. Moving away from his symbolic political iconography as well as his conceptualized two-dimensional imagery, he constructs an image into a complex three-dimensional space. By transforming a two-dimensional image into a spatial installation, he was able to reach into the core essence of the “image”. With a digital camera, he shot an ordinary scenery from a window looking out from the gallery. This picture of the outside taken from the inside was then translocated back into the interior space of the gallery. The artist enlarged the image to an extent that pixels were rendered visible and filled up the entire spatial structure. Through translocation and transformation, he reveals and reinterprets the concept of “pixels” – the smallest and most fundamental element that constitutes an image- its structural core. His deep investigative methodology articulates the connotation of “Probe”: investigation, inquiry, research, examination and survey.

In other words, Wang Guofeng’s imaginative artistic creation is based on the integration and coordination of concept, context, space and technology. Via the steps of reading the context, analyzing the space and constructing through technology, he displaces and transforms the relationship between “in” and “out”, realizing the subversive deconstruction and reconstruction of the original image. The significance attached to the original image has been completely dispelled. Viewers are presented with a pure abstract visual form constituted of pixels, enlarged beyond their nature. Normally invisible and thus void of interpretative meaning, pixels are staged into representation. While the audience can see the real scenery outside, when they enter the gallery they see a space reconstructed from an image of the same scenery. The experience challenges perception by the senses as well as the brain analysis of the vision, causing confusion.

For further information, please contact the gallery at +8610 8418 2441 or at beijing@desarthe.com