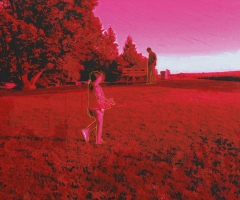 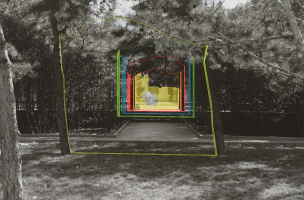 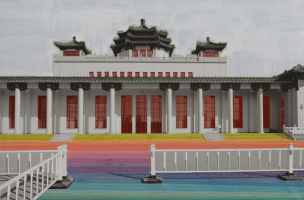 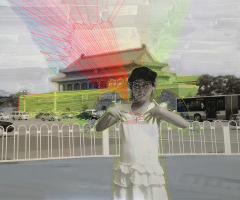 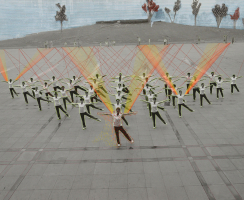 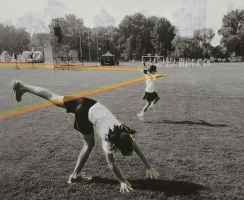 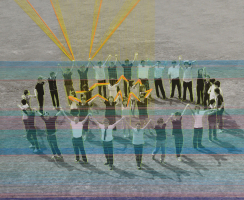 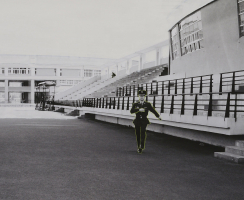 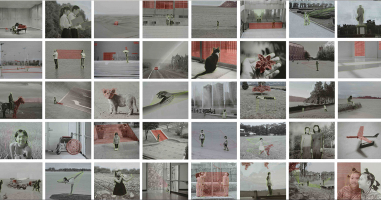 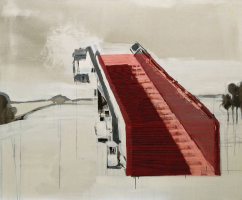 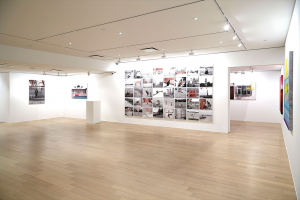 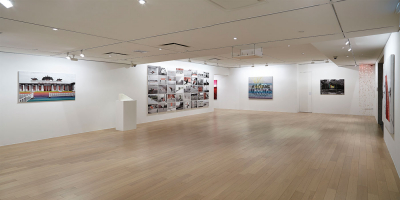 de Sarthe Gallery is pleased to present “Promise again for the first time”, the first solo exhibition of Lin Jingjing in Hong Kong. As an artist Lin Jingjing uses her practice to reflect on social conditions and the paradoxical realities of daily life – urgently questioning the apparent “benefits” of China’s economic escalation. Lin Jingjing’s oeuvre is exemplified by her mixed media works; embroidered colorful cotton threads that impose geometric patterns over reproduced monochromatic photographs of life in China. Careful stitches conceal segments of the composition, such as the face or shadow of a human figure, seeking to address issues of homogenization and the individual morphing into a component of the economic machine. Featuring a continuum of works from the “My Promise for Your Happiness” series that Lin Jingjing conceived in 2011, the exhibition will include paintings, mixed media, video and installations. The exhibition will run from 4th April – 3rd May 2014.

The impetus for the artworks shown in this exhibition came from a serendipitous moment in late 2013, as Lin Jingjing disembarked from an airplane. Without provocation Lin Jingjing felt compelled to turn around as she stepped onto an aircraft access ladder only to watch the airplane roll away – leaving her on a set of stairs that lead to nowhere. This happening stood as a metaphor for upward social mobility and China’s new found prosperity to the artist, leading Lin Jinging to question the apparent fortuity of the country’s unprecedented economic growth.

Lin Jingjing became increasingly affected by this experience, and used her artwork to interrogate her nation’s economic dominance. Exploring the theme of migrant workers, she could not disregard the extreme happening that occurs during the Lunar New Year. The commonly documented “great migration” of Spring indicates the beginning and the end of the cycle of life for these displaced workers – traversing millions of collective miles for this one important occasion. The spectacle represents a mental desire for a sense of belonging, and the allusion that going home geographically will fulfill this, yet often when they arrive they realize a sense of disconnection from their original habitat, the way home is already lost and broken. The family reunion happens quickly in confusion. After the festivities, people leave their so-called hometowns and thus the loop repeats year after year. This theatric exercise has produced generations of mental orphans, who are trapped in lacunas of belief and cultures. Lin Jingjing’s artworks survey the phenomenon, of individuals lost in a sea of economic development on a country-wide scale.

As China undergoes a period of increasing affluence, up rises the collective realization that this ritual is a futile exercise of self-deception. The resulting consensus is a quiet buzzing ridicule of reality, helpless resignation, with the bottom line equating to the basic principles of survival. In an era of ruthless high-speed operation, each of us has become a small part in the global factory of production. Lin Jingjing implores the audience to question their silence, question the possibilities and limits and recognize the dissipation of spirit.

For more information on Lin Jingjing and her other exhibitions, please click here.