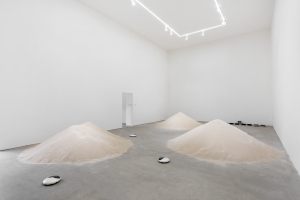 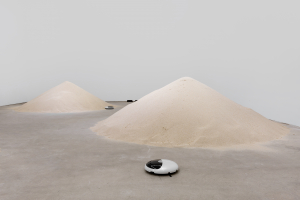 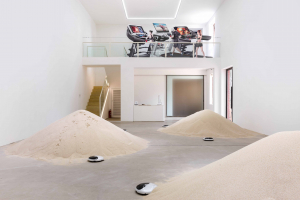 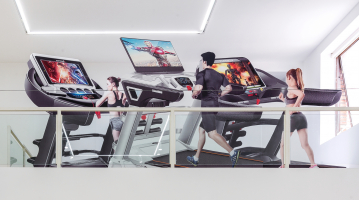 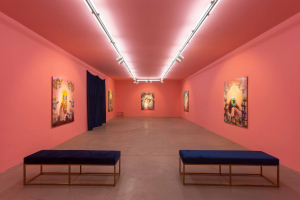 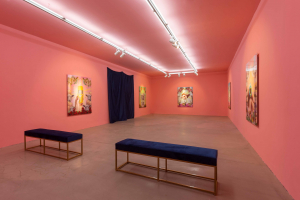 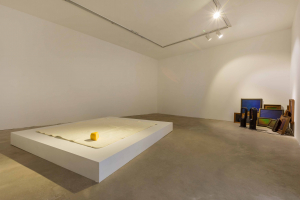 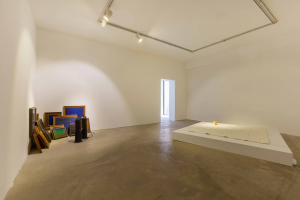 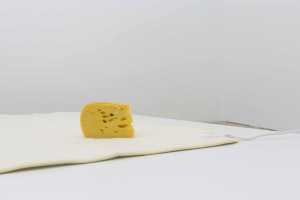 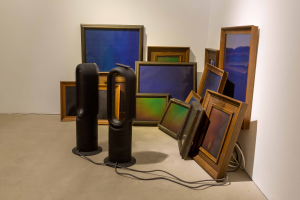 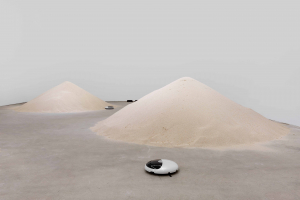 de Sarthe is pleased to announce a solo exhibition by Mak Ying Tung 2, entitled The Anything Machine. The exhibition is the artist's first solo presentation in Beijing, as well as her first solo show with the gallery. Five bodies of work including new installations will be showcased. The exhibition opens on 26 May and will continue through 22 July 2018.

Mak Ying Tung 2's work contemplates the properties of everyday objects and materials. Interested in finding something rare in the minutiae of life, she reconstructs objects and situations to create an aesthetic experience that is bound by the dualism of humor and intense inquisitiveness. In this exhibition, she discusses the power of machines in our daily lives, from past to present, as well as the transmutation of our perception of these machines. With her humorous visual language, Mak does not merely prompt audiences to laugh, but also to question the forces that lie underneath the surface of their surroundings.

Transforming an entire room of the gallery, Relic is a series of five lenticulars portraying now outdated electronic devices as if they were religious relics. In the 3D wall hangings, the significance of gadgets like Tamagotchi and Nokia's 3310 cell phone are exaggerated through their juxtaposition with traditional Catholic motifs like angels, candles, and doves. These gadgets once played an important role in our lives and somehow changed our way of living unconsciously, especially for the millennial generation. For instance, playing with Tamagotchis, which was a handheld digital pet that needed to be regularly fed and cleaned, may have been the first instance where a habit of constantly checking electronic devices was cultivated.

Physicality I and Physicality II can be understood as a linear continuation of Relic, featuring household electrical appliances of the present era. Through challenging these devices in unconventional and comical ways, Mak Ying Tung 2 hopes to illustrate our never-ending desires for machines to accomplish increasingly complicated tasks. In Physicality I, a piece of cheese is placed on a heating mattress that warps the shape of the cheese throughout the show. In Physicality II, two Dyson fans, one using a heating mode and the other using a cooling mode, work together to shift the color of thermal paper that is responsive to fluctuations in temperature.

The absurdity of the tasks assigned to machines evolves in Mr. Fool Wants to Move the Mountains, which refers to the artist Francis Alÿs’ work When Faith Moves Mountains in which 500 volunteers walked up a sand dune and in unison shoveled sand upwards, displacing the dune only minimally. In Mak Yang Tung 2's Mr. Fool Wants to Move the Mountains, several robotic vacuum cleaners will similarly be asked to move large mountains of sand placed in the gallery, but as in the traditional Chinese folktale from which the piece takes its name, the robots will eventually succeed.

Such desire for machines and our inseparable relationship with gadgets are represented in the last installation of the show, Running On Taobao. This work is created from images the artist found on the well-known e-commerce platform Taobao, which show people running on larger-than-life treadmills. These images depict the machines as the protagonists while the humans are degraded to appendages. The connotation the artist reads into these images is a reversal in the relationship of consumers and the consumed, revealing a craving that humans not only want to be taken over by machines, but also to become one with them.

For more information on Mak Ying Tung 2 and her other exhibitions, please click here.