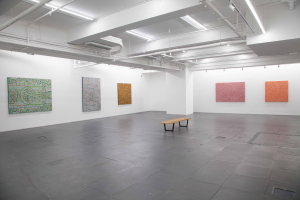 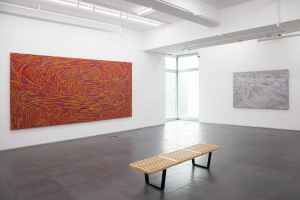 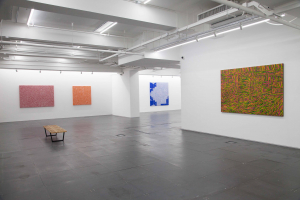 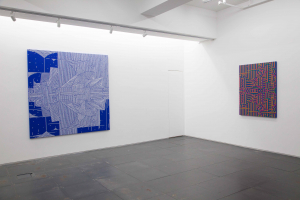 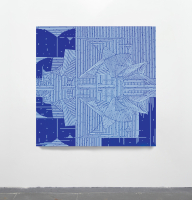 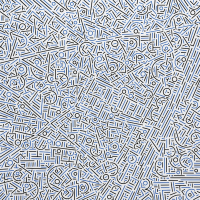 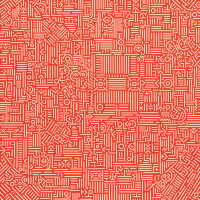 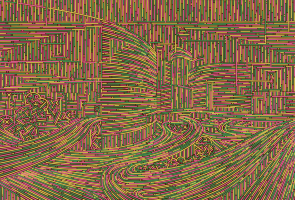 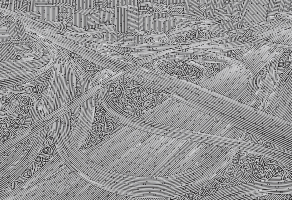 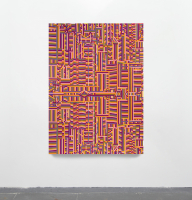 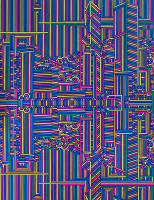 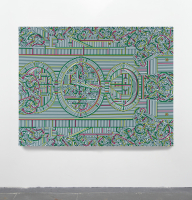 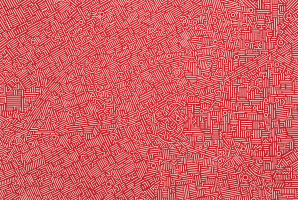 de Sarthe is pleased to announce a solo exhibition by Lu Xinjian, entitled Boogie Woogie. The exhibition is the artist's first solo presentation in Hong Kong. New and previously unseen works from his three series of paintings City DNA, City Stream and Reflections, will be showcased. The exhibition opens on 19 May and will continue through 7 July 2018.

The title of the exhibition draws its name from Piet Mondrian's famous penultimate artwork "Broadway Boogie Woogie" (1942-43). Within the work Mondrian captured the vibrant energy of New York City through his iconic use of simple colors, lines and shapes. It was this panting that inspired Lu Xinjian to create his iconic City DNA series and ultimately City Stream and Reflections.

Lu Xinjian's canvases elaborate on Mondrian's "Broadway Boogie Woogie" and decode the complexity of numerous metropolises by also utilizing simple lines and color blocks. His characteristic visual elements compose the layouts and blueprints of cities around the world, manifesting an alternative interpretation with which we can understand the spaces and constructions that we build and live amongst. Ultimately, his body of work unearths powerful portrayals of globalization and homogenization within our societies.

One of the three series of work featured in the exhibition, City DNA is made by first using Google Earth to obtain satellite images of selected cities. Subsequently, the images are flattened into abstract lines and shapes. Through this process, Lu Xinjian uses abstraction to transform imagery into symbols, re-combining them to comprise smaller and denser emotional memories of cities. The final artwork, meticulously painted by hand, appears to be an orderly maze-like configuration that-once recognized-immediately transforms and offers new perspectives on once familiarized cityscapes.

In the City Stream series, the artist shifts perspective to that of a human standing perpendicular to the surface of buildings and bridges, where they visibly pulsate. Ambient light distinctively outlines the structures of cities, suggesting human civilization's ceaseless expansion and prosperity. Mega cities like Shanghai, Paris, and Dubai undoubtedly embody national spirits. Yet the paintings suggests that cityscapes have become more unified, with their dynamic appearances stemming from universal and radical changes in human civilization. When exhibited together as a body of work, the collectively ask what is the fate of our private spirits, which formerly were so strongly shaped by the lights and shadows of traditional and unique urban sites?

In Lu Xinjian's Reflection series the artist does not only narrow his horizon but also lowers his perspective, staring directly at individual buildings within cities. Recognizable skyscrapers like the Bank of China building in Hong Kong, water towns like those found in Jiangnan, and beacons of culture like the Sydney Opera House are portrayed along with their reflection in water. This mediates the two extreme points produced by the buildings and results in a harmonious center. In this series, the artist provides a new perspective for the audience, positioning them in an illusory realm to see reality as if it were a mirage.