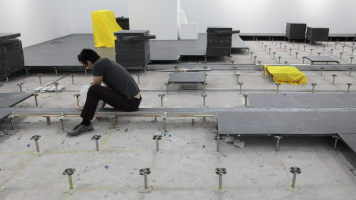 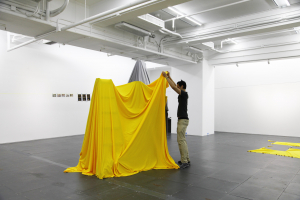 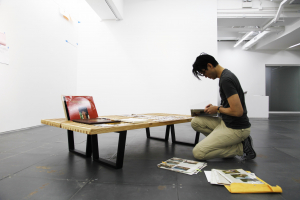 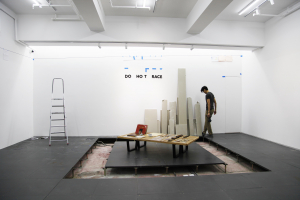 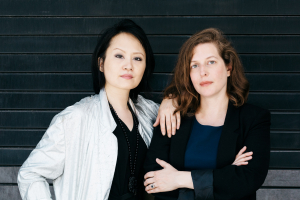 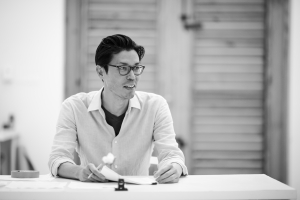 de Sarthe is pleased to announce its second de Sarthe Artist Residency (deSAR) in Hong Kong. This year’s resident is the non-profit curatorial initiative Forever & Today (F&T), co-founded in New York in 2008 by curators and writers Ingrid Pui Yee Chu (Hong Kong) and Savannah Gorton (Copenhagen/New York). During the residency, F&T will stage a curatorial office within de Sarthe’s space and invite the New York- and Hong Kong-based artist Christopher K. Ho (b. 1974) to create work in the gallery. deSAR begins 17 July and will culminate in a two week exhibition by Ho opening 1 September.

Christopher K. Ho will create a site-specific floor-based art installation during the residency period, while F&T curators Ingrid Pui Yee Chu and Savannah Gorton operate their curatorial office in the same space. Ho’s new work will explore the topic of ‘reverse migration’ referencing his travels between Hong Kong and New York. Working closely with the architectural layout of the gallery, Ho’s installation will form a grid pattern that references the existing floor tiles. This conceptual framework will feature art works that ‘fill in’ the gaps of the grid with found and made objects including sculptures, diagrams, and texts.

Forever & Today’s mission is to curate and commission new work through exhibitions, site-specific installations, performances, publications, and public programmes. One such programme is Office Hours, which will be hosted throughout the residency period. Initiated in New York in 2011, the programme is inspired by the dual realms of the increasingly pervasive shared office space—a popular and convenient method of working in modern urban environments—and the rise of the international nomadic ‘curatorial office’ model for contemporary art exhibitions and project-based initiatives.

As such, Office Hours facilitates a workspace suitable for semi-concentrated and collaborative work shared between curator and artist, allowing for informal transparency and interaction between the traditionally separated territories of ‘curatorial office’ and ‘artist studio’. To further highlight and expose the workflow, visitors are welcome to view daily activities and engage the artist and curators in conversation.

In recognition of universal office customs are a series of public Happy Hours. Workers and visitors may share a drink and participate in informal dialogue, readings, and performances related to topics connected to the artwork in-progress. Upon the close of Office Hours, a public Exit Interview takes place between the curators and the artist.

The open-studio residency takes place in the gallery's 10,000sq/foot space in Hong Kong's Wong Chuk Hang art district. In a city known for excessively high rent and exceedingly small spaces, the residency allows artists and curators the freedom of a large arena to explore their practice within the city, while actively encouraging audiences to witness and potentially participate in the process of making art. The residency programme aggressively challenges the conventional dynamics between offices, studios, and galleries—subverting both the notion of privacy during creation and altering the nature of gallery space.

For more information on Christopher K. Ho and his past exhibitions, please click here.