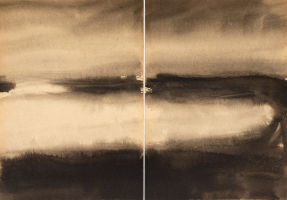 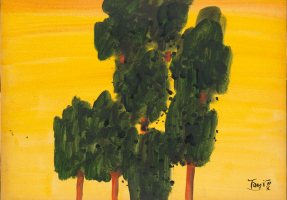 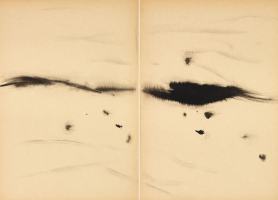 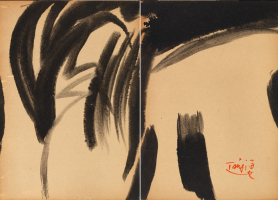 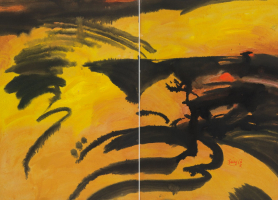 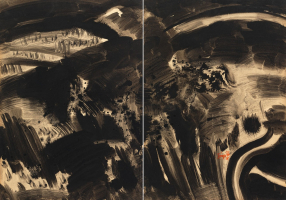 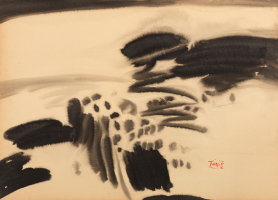 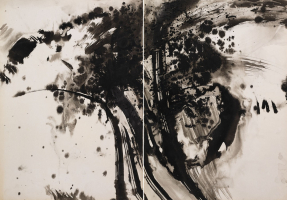 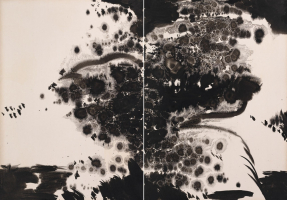 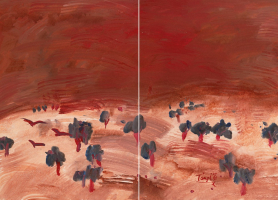 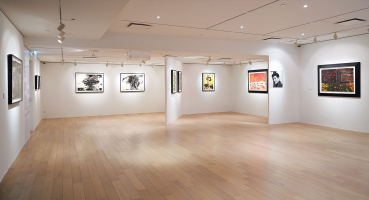 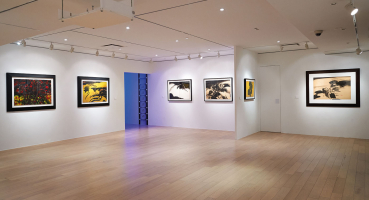 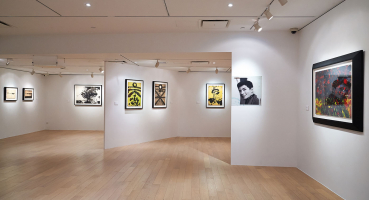 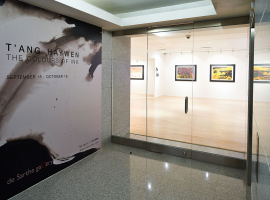 de Sarthe Gallery in Hong Kong is proud to present The Colours of Ink - a solo exhibition of important Chinese painter T’ang Haywen (1927 – 1991). From ink to oil, T’ang Haywen’s gestural paintings imbue the pictorial space with flagrant yet subtle energy – simultaneously dynamic, textured, unrestrained and expressionist. An important figure in Modern ink, T’ang Haywen belongs to the group of Chinese painters who settled in Paris after World War II and represents the third and final chapter of this generation of canonical artist expatriates. The Colours of Ink assembles extremely rare masterpieces by T’ang Haywen and is part of the curated programme of de Sarthe Gallery providing local and international audiences with institutional level shows in Hong Kong. The exhibition runs from 18th September – 18th October 2014.

T’ang Haywen received no formal training in art, having moved to Paris in 1948 to pursue a career in medicine. Once in France however, T'ang soon began to pursue his long-held ambition to be a painter by fully immersing himself into the cultural environment of the time. This has set him apart from his contemporaries in Paris, Chu Teh-Chun and Zao Wou-Ki, who studied under Lin Fengmian whilst the sources of T’ang Haywen’s art are to be found in the teachings of traditional Chinese calligraphy and Taoist principles.

T’ang Haywen was predisposed to gouache, ink or oil on paper, and as an aesthetic exercise coalesced traditional Chinese elements of the abstract wash with the more lyrical style of the West. The Colours of Ink showcases the trajectory of T’ang Haywen’s artistic development culminating with 1970s, where he refined his format producing his most important series - the diptych on paper, customarily untitled and measuring 70 x 100 cm. In T’ang’s practice, this format became systematic removing any preoccupations with the spatial dimensions he was creating under. The dimensions define the artworks whilst conferring a recognizable visual identity to his oeuvre. Born out of the juxtaposition of two sheets of paper combined as one, the diptych is vast enough to enclose the world, one which history has deemed to be uniquely that of T’ang’s.

Although the contemporary use of the phrase is fraught with cliché and issues of hyperbole, T’ang Haywen’s revolutionary oeuvre transcended the cultural boundaries of the East and West. Employing innovative techniques, T’ang composes within the parameters of Taoist artistic ideals, espousing tenets of naturalness, spontaneity and simplicity. The Colours of Ink explores T’ang’s departure from the centuries old traditions of Chinese ink. In the artworks exhibited mimesis of nature is forsaken, with T’ang constructing a very personal, metaphorical realm where pure energy was captured with arresting beauty.

During the 1980s T’ang Haywen had significant exhibitions in France, with a diptych collected by Dominique de Ménil, then the most important collector of contemporary art in the world but refused to meet the great American collector Paul Mellon as his trip to Paris coincided with T'ang's insignificant trip to the west side of France. T'ang was not encumbered by notions with material success and did not gain widespread recognition during his time. He did however play an important role in the continued evolution of Chinese ink art developing a new language of lightness and depth. The artist was the first of his generation to restore to the medium of ink the power to translate the subtlety and complexity of the soul of China. T’ang Haywen’s continues to have resonance in contemporary culture with The Colours of Ink allowing the spirit of China to be recaptured in our globalised society.